Knowledge will forever govern ignorance, and a people who mean to be their own governors,
must arm themselves with the power knowledge gives.
A popular government without popular information or the means of acquiring it, is but a prologue to a farce or a tragedy or perhaps both. -- James Madison --

What can be done to improve transparency and fight against corruption in Germany?

Freedom of Information, Transparency and Anti-corruption Treaties in Germany

The human right of access to public documents (ICCPR, ECHR) is recognized as precondition for democracy and essential in the fight against corruption.

Now many countries outside Europe are more advanced then Germany looking at transparency and fight of corruption.
GRECO (Group of States against Corruption) concludes 29. December 2011 in report Greco RC-III (2011) 9E that Germany has implemented or satisfactorily dealt with only four of the twenty recommendations contained in the Third Round Evaluation Report (Appendix 3). Germany has to report on progress 30. June 2012 at the latest. But nothing happened up to now.

51 states participate in the Open Government Partnership for transparent accountable governments. This OGP initiative wants governments to commit to openness, participation for citizens, fight against corruption and use of new technologies. But Germany does not participate, even it would be very necessary.

Germany has to improve the federal FOI law, adopt FOI laws in 5 federal states (Bundesländer), ratify CoE and UN conventions against corruption and improve transparency of sideline jobs for members of parliaments and funding of political parties to catch up with other states in Europe, America, OSCE, OECD (see weakness no. 2, 3, 4, 8, 34, 35 and 52 of National Integrity Report by Transparency Germany). But how does Transparency Germany come to the overall conclusion: Germany gets good to very good testimony, concerning anti-corruption prevention and repression: ("Insgesamt wird Deutschland ein gutes bis sehr gutes Zeugnis zur Korruptionsprävention und –repression ausgestellt"). Here is a human right missing which is a precondition for democracy.

Therefore I ask for support for these suggestions:


UN, OSCE and AOS Special Mandates for Protecting Freedom of Expression confirmed in Joint Declaration of 6. December 2004, that access to information is a human right: (Appendix 4):

"The right to access information held by public authorities is a fundamental human right which should be given effect at the national level through comprehensive legislation (for example Freedom of Information Acts) based on the principle of maximum disclosure, establishing a presumption that all information is accessible subject only to a narrow system of exceptions."

The federal FOI law violates the principle of maximum disclosure. 5 federal states violate the human right of access to public documents. i. e. no FOI law is adopted.

The "General Comment No. 34 on Article 19 of the ICCPR" confirms this (Appendix J):

The UN Human Rights Committee decided that the International Covenant on Civil and Political Rights (ICCPR) Article 19 (3) recognizes the right of individuals and the media to receive state-held information without requiring a demonstration of direct interest (Appendix L).

The CoE Human Rights Commissioner suggested to educate administration and judges in international law and human rights (Appendix E). The refusal to give access to the reason of Bavaria not to follow these suggestions (Appendix F), shows that this suggestion is important.

This publication is a "hearing": Please send comments to: walter.keim@gmail.com

Warning: I do not accept any liability that the information on these pages is correct, accurate or up to date!

You may link this page. 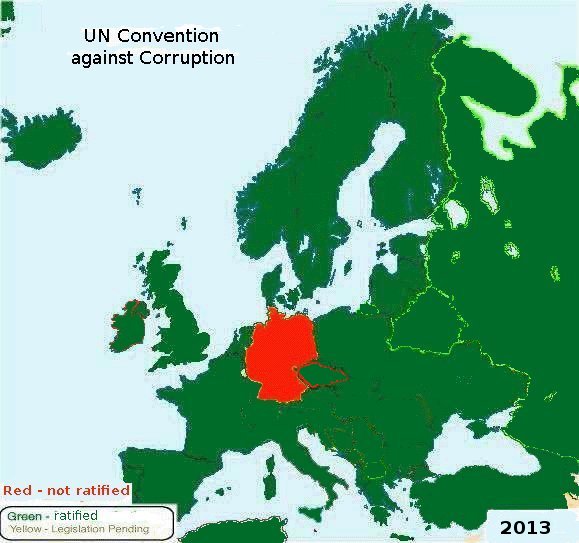 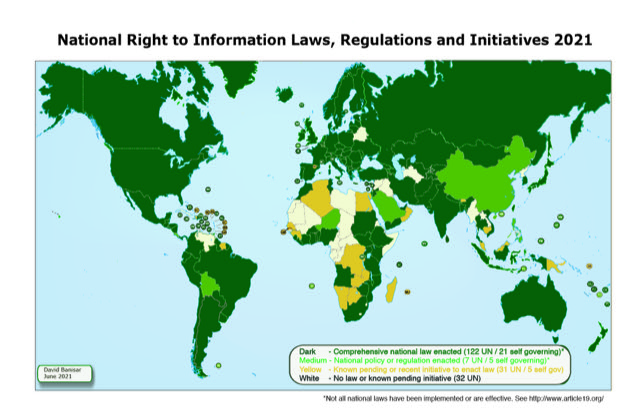 Separation of powers in Europe: 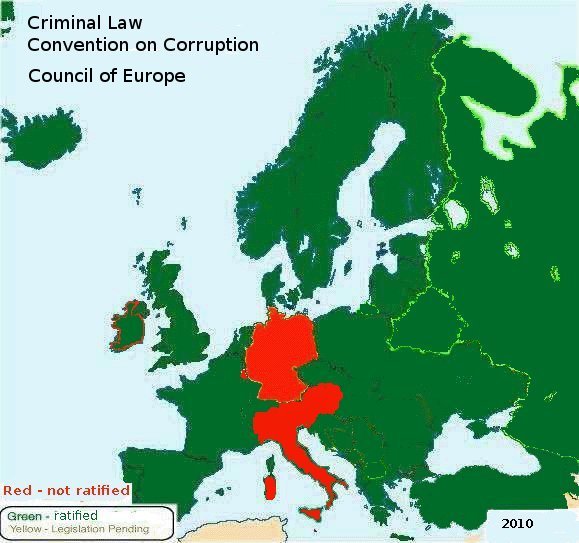 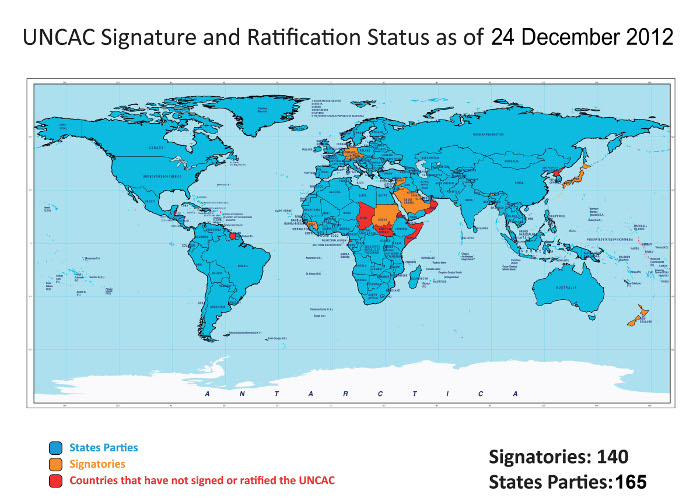